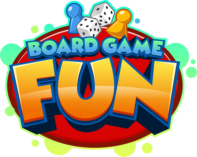 Do you remember playing board games as a kid? Though it seems like a simple concept, board games have a long and complex history. From its humble beginnings to its current popularity, board games have entertained and challenged people of all ages. Games can be simple or complex, but all of them center around one goal: to outsmart your opponent. Whether you’re trying to build the most settlements in Settlers of Catan, or capture your opponent’s King in Chess, there’s nothing quite like the thrill of a good board game.

It is also an amazing way to spend time with family and friends, and games can help to promote positive relationships. Board games can be played by people of all ages, making them a great activity for families with children. It can be an outlet to exercise your mind, and it is a fun way to learn about new people and cultures. With so many benefits, it’s no wonder that board games have been a popular pastime for generations. Whether you’re looking for a fun way to spend an evening with your family or a challenging way to sharpen your mind, board games are sure to offer something for everyone.

There is something about being able to gather around a table with friends or family to play games that just makes us happy. I’m always on the lookout for new board games to play, so I wanted to share some of my classic favorites with you. Keep reading to find out more about different kinds of board games that are perfect for game night. Let’s get started! 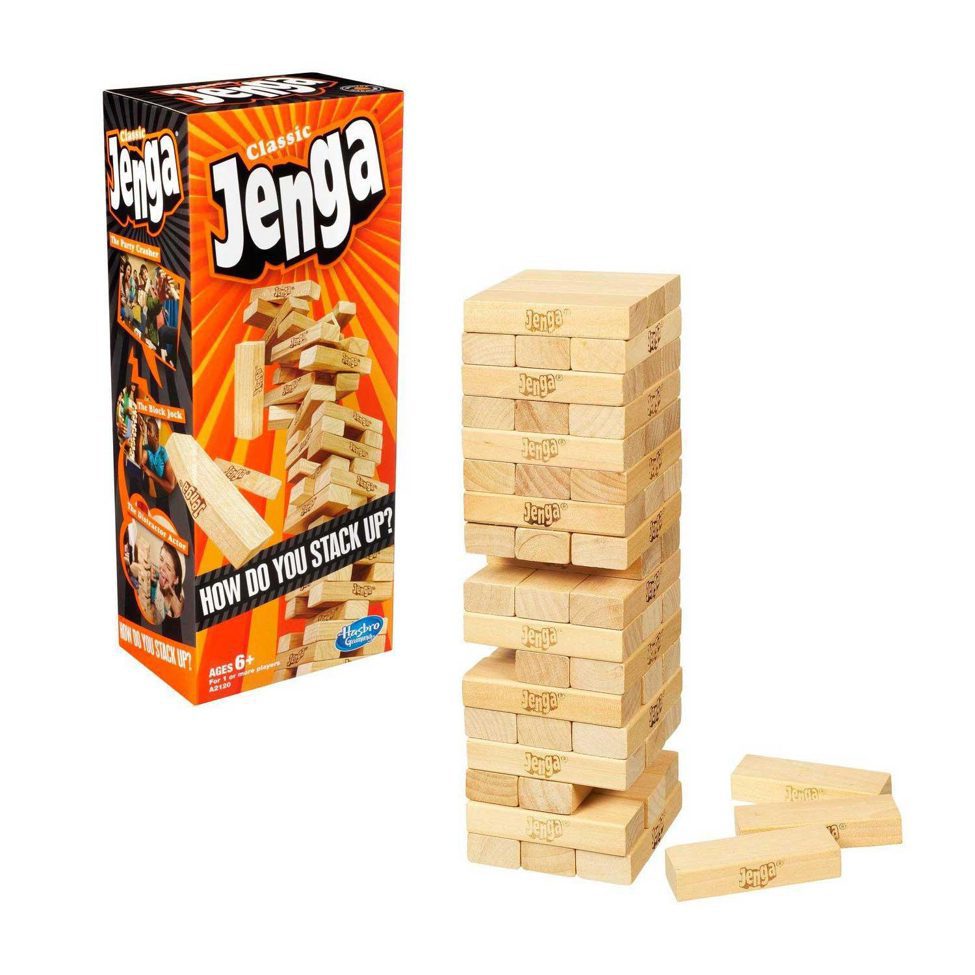 Pull the block, stack it on top, and hope the tower doesn’t crash down! Classic Jenga is an easy game that you can play anytime, anywhere – and anyway you like.  The rules are simple and straightforward, and whether you’re playing solo or with a whole group of folks, this game is always full of suspenseful fun. Jenga can be played with any number of players, and is a great way to pass the time. It’s also a great party game, as it can be played in teams or individually. Jenga is available in many different versions, including “Giant Jenga” and “Jumbo Jenga.” Build a tower from the 54 small plastic or wooden blocks, players then take turns removing one block from within the tower and placing it back on the top. Gather your friends together, throw in a lot of laughter and a little attitude, and have lots of fun. Whether you are serene, scientific, or sneaky when you choose your block, you’ll have fun. The last person to successfully place a block before the tower tumbles is considered the winner. Be the life of your party with Classic Jenga! 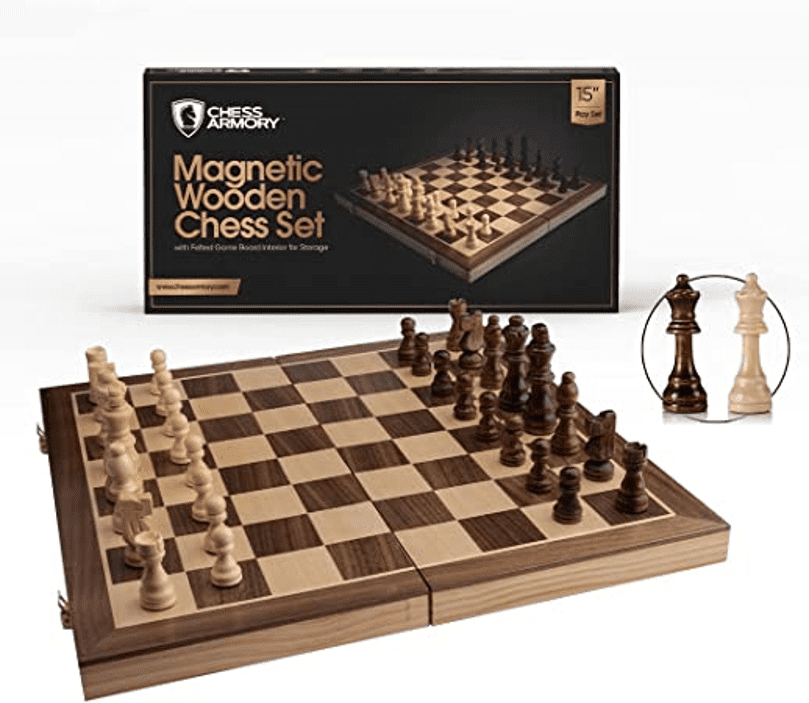 When a game has endured as long as Chess has (we’re talking nearly 1,500 years!) you know it’s worth playing. In this classic two-player game, requires two players and is purely a strategy board game played on a chessboard, a checkered tiled board with sixty-four squares arranged in an eight-by-eight grid with the ultimate goal being to checkmate your opponent’s king piece.  It is one of the world’s most popular games, played by millions of people worldwide in homes, urban parks, clubs, online, correspondence, and in tournaments. Game pieces consist of pawns, rooks, bishops, knights, a queen, and a king, and there are different rules about how each piece can move. A game may also result in a draw in several ways, where neither player wins.The best piece of advice we can give for this game is to take a step back and assess the whole situation before making a big move. This game is a true test of strategy and intelligence. Chess is a great way to exercise your mind, and it can be extremely satisfying to outwit your opponent. Whether you’re a casual player or a seasoned pro, chess is a great game to add to your collection. 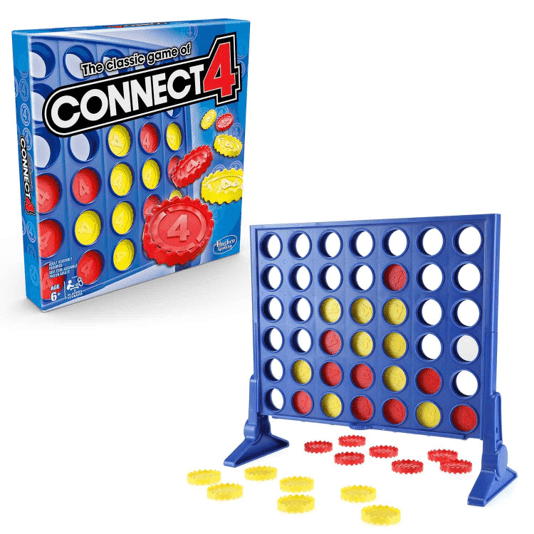 Connect 4 is a two-player connection game in which the players first choose a color and then take turns dropping colored discs from the top into a seven-column, six-row vertically suspended grid. The pieces fall straight down, occupying the next available space within the column. To win, connect four of your colored tokens as quickly as possible, whether horizontally, vertically, or diagonally. You’ll want to be sure to keep an eye on the other player, too. If they have three in a row, you just might need to use your next turn to drop a strategically placed token to prevent them from connecting four of their own. The first player to complete 4 missions wins. Connect 4 is considered a solved game; that is, there is a known strategy that allows either player to force a win from any starting position. However, Connect Four is still popular because it is easy to learn and can be played in a short amount of time. It also has a large element of chance, which can lead to exciting finishes even when both players are equally matched. Connect Four is a great game for both children and adults, and its simple rules make it easy to pick up and start playing immediately. No matter the outcome, we bet you can’t just play one round! 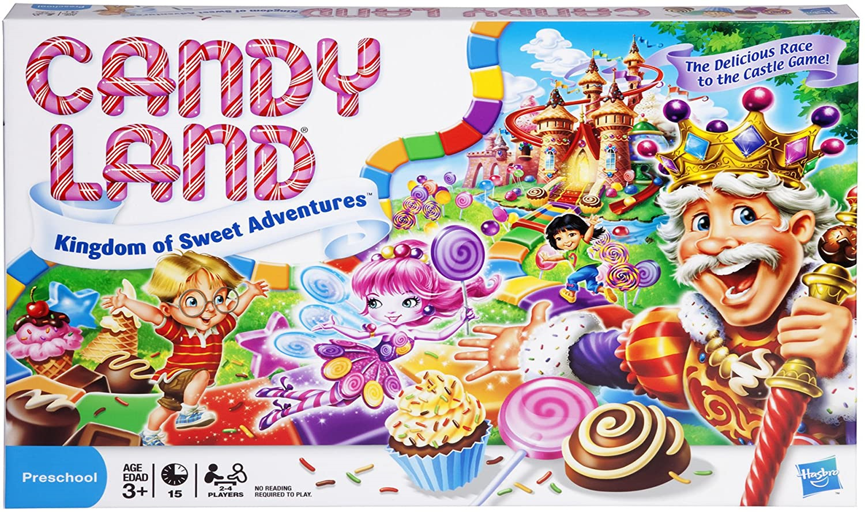 Sweets, treats, and snacks; when it comes to having a sweet tooth, nothing quite hits the spot like candy. Created by Eleanor Abbott in the early 1940’s to entertain children recovering from polio and first published by Milton Bradley (now Hasbro) in 1949, Candy Land encourages young players to socialize, exercise patience, recognize colors, learn rules, and follow directions. Candyland is a beloved board game for children of all ages, and it’s easy to see why. The game is simple to understand and play, and it’s filled with colorful characters and delicious-looking candy. Best of all, it’s a great way to help kids learn about colors, counting, and basic strategy. The object of the game is to be the first player to reach the Candy Castle, and there are several ways to get there. Players can choose to move their piece based on the color of the space they land on, or they can draw a card that will tell them which way to move. Some cards show a named location on the board; players who draw these cards move forward or backward on the track to the named location. The game ends when the first player arrives at Candy Castle by reaching or moving beyond the last square on the track. In recent years, Candyland has undergone a few changes, but the basic premise remains the same.  Either way, the journey to the Candy Castle is sure to be a sweet one! 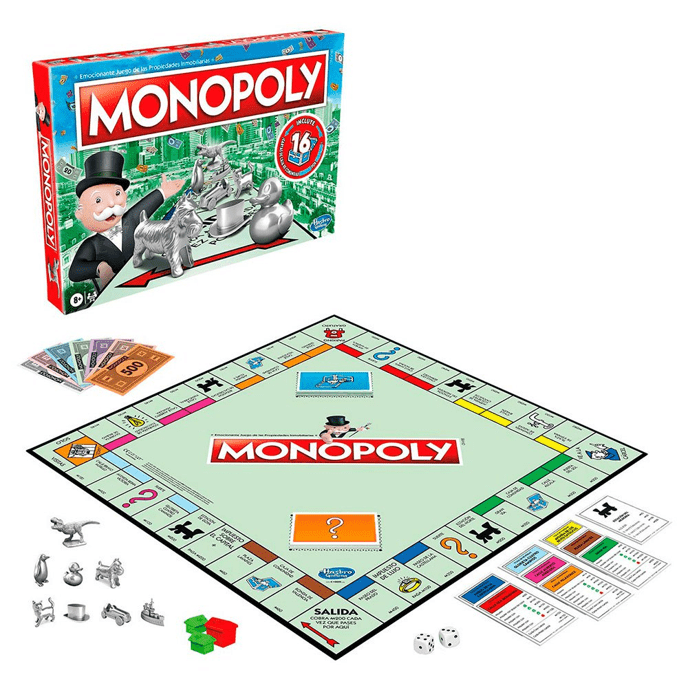 If you could pick any board game to be the national pastime, it would have to be Monopoly. The game is named after the economic term of monopoly, the domination of an entire market by a single company or entity. It was created and sold by Parker Brothers. Monopoly has certainly evolved and changed over the years. There’s generally no middle ground when it comes to Monopoly, either you’re going to love it or hate it. Everyone has Monopoly memories. Everyone’s been pushed to the edge by a frustratingly long game. It can be a fun way to test one’s skills at strategy and negotiation, but it’s important to remember that it’s just a game. It definitely feels like the best game on Earth when everyone’s nearly bankrupt and you’re holding premium real estate. Appealing to all ages, Monopoly keeps players occupied for a solid amount of time and requires the perfect amount of luck and brains to be successful. As such, it’s much like life; you roll the dice and take it as it comes while dually planning strategically to dominate the world. At the end of the day, Monopoly should be about spending time with loved ones and having a good time, not about winning or losing. 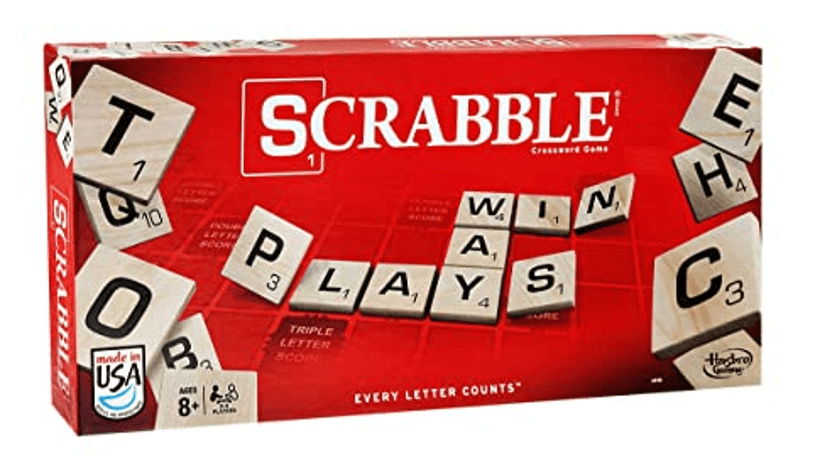 If you’re looking for a fun way to spend an afternoon with friends or family, why not break out the Scrabble board? A competitive and challenging board game that has been enjoyed by millions of people for decades. Scrabble is a board game in which players use letter tiles to spell out words. The word game consists of two to four players who score points by placing tiles, each tile bears a single letter onto a game board which is a 15×15 grid of cells. The objective of this game is to put letters together, build words, accumulate the most words and out-score the other players. Wordsmith or not, Scrabble is a game to appreciate because it makes a vocabulary lesson fun. Letters can only be placed horizontally or vertically (or in both directions in a single turn).  Anytime two or more letters touch, they must form complete words. Scrabble has been used by teachers to teach concepts such as grammar and vocabulary. It has also been used in therapy to help people with similar injuries to relearn skills such as reading and spelling. The game encouraged many repeat players to improve their vocabulary base and overall literary skills. While it requires a bit more brain power,  it dually activates the mind while offering a great, albeit competitive time; and you’re bound to learn a new word or two! 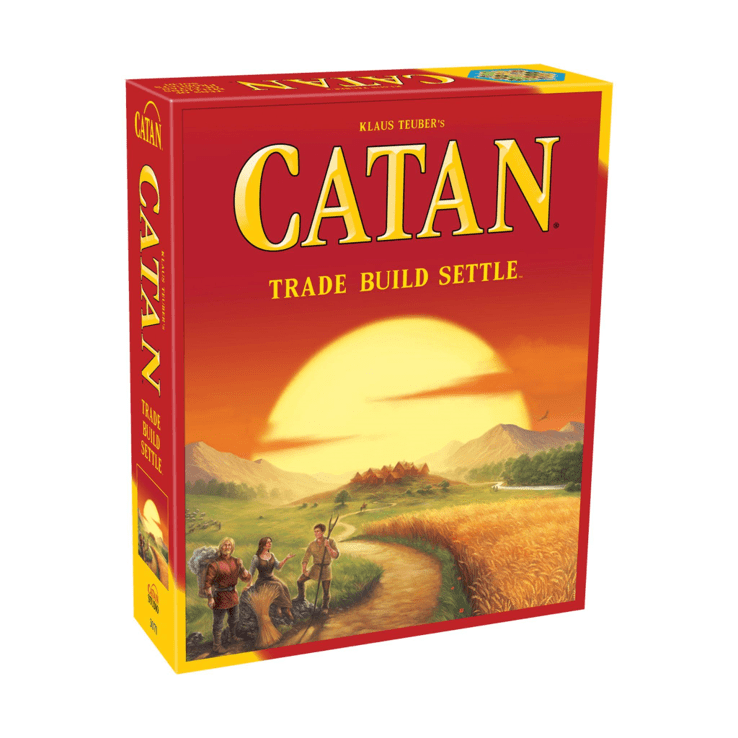 Welcome to the beautiful, resource-rich island of Catan. It is a popular board game that simulates the economics of building settlements on the island of Catan. Players must gather and trade resources in order to build roads, settlements, and cities. The player who collects the most victory points wins the game. Catan is an excellent strategy game that requires players to think critically about resource management and trade. Different parts of the island provide different resources and you will have to barter and trade with your opponents to get what you need. The game board is made up of 19 different hexagonal tiles that allow for a different layout each time, so no two games are the same. It is a game of strategy that is suitable for both adults and older kids. It is also a great game for family gatherings, game nights, and parties and can be enjoyed by all types of gamers, from beginners to experienced strategists. Catan is a must-have for any board game collection.

Board games are the perfect way to spend time with family and friends, teaching kids important skills while they have fun. Whether you’re new to board gaming or a seasoned pro, we hope this guide has given you some ideas for great games to play. So get your game on and enjoy some quality family time!

What board game will you try next?